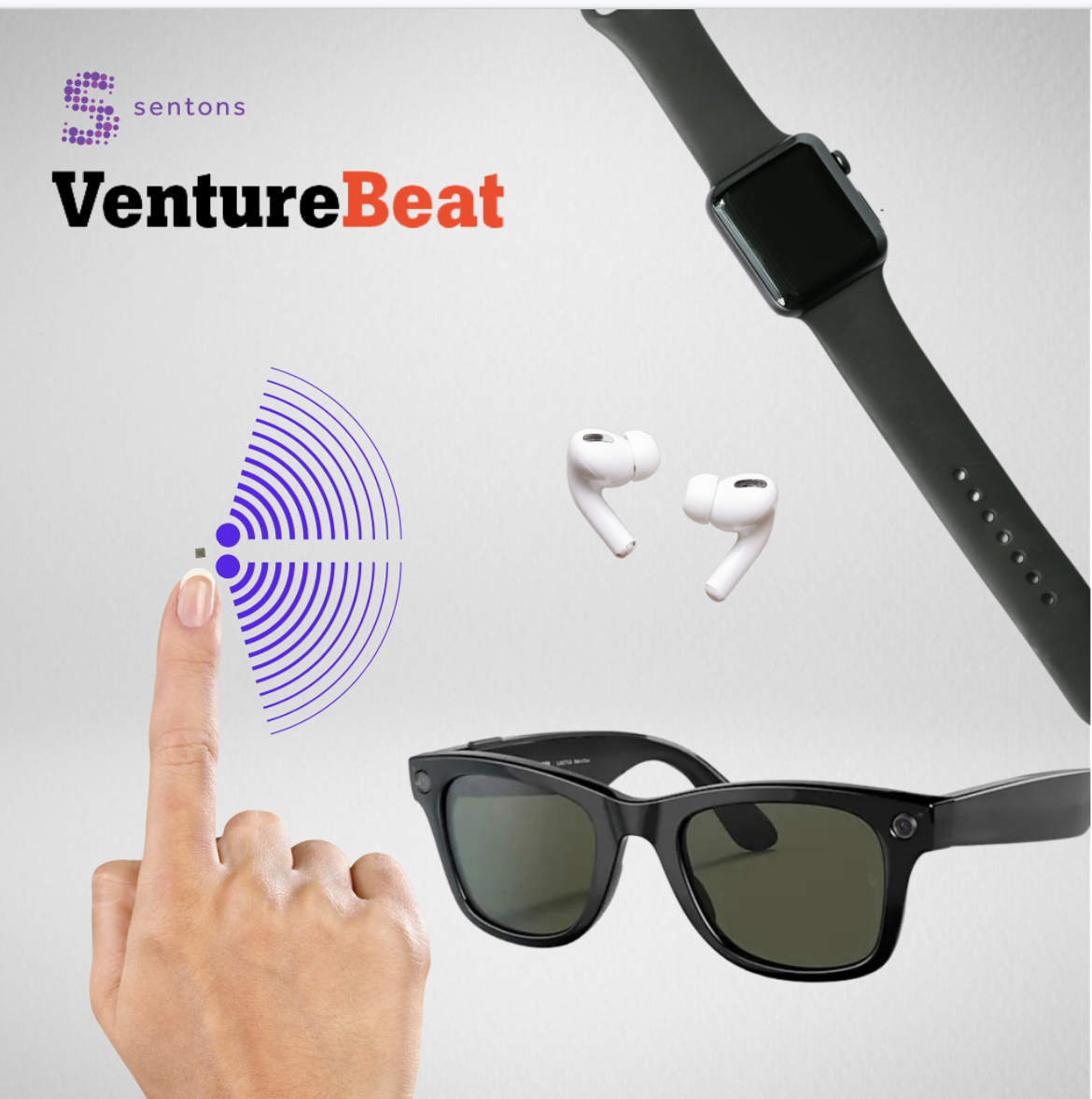 Sentons has launched a new low-power and small sensor with an accompanying gesture engine to be used in wearables (including glasses, earbuds, watches, and fitness trackers) to create virtual controls to navigate apps and features on the devices themselves.

The SDSwave processor (model SNT8255) and gesture engine unlock a customizable, ergonomic user experience, while eliminating UX design restrictions that come from the limited real estate and tiny surfaces found on the displays of wearables. As an example, it can embed a force sensor in wireless earbuds.

San Jose, California-based Sentons‘ mission is to create a world where human touch brings any surface to life. They call this software-defined surfaces, or tech that allows people to interact with their devices beyond a touchscreen. It uses ultrasonic sensors for its devices.

“Wearable makers haven’t been able to deliver streamlined, sleek wearable devices with natural user interfaces because of the constraints that come with limited space,” Sentons CEO Jess Lee. “Moreover, traditional touch technologies not only respond to touch but also to water, making them impractical for use on wearables that are often outdoors and exposed to the elements. We’re excited to finally bring a solution to market that allows device designers to make use of even the tiniest surface to make it touch and force interactive. This outdoor and water-immune interactivity unlocks new user experiences and capabilities for wearables, something the industry has never seen before.”

These sensors are smaller than the company’s previous generation of sensors (the SDS Gaming Bar and SDS Camera Bar), which could turn the side of a smartphone into an input device. That let phone makers such as Asus and Lenovo add virtual game control buttons to their smartphones so people could play games like Call of Duty: Mobile more easily. The Asus/Tencent ROG and Lenovo Legion phones used it.

The new SDSwave wearable solutions can change an entire device into a force-sensitive touch interface that is able to recognize and distinguish gestures, all at different speeds and pressure levels on the smallest of devices, regardless of the shape, without compromising battery longevity or sleek design aesthetics.

It also brings curved surfaces to life and is fully water immune, enabling touch on wet surfaces. This allows device makers to deliver a seamless experience in the most rugged environments or during intense fitness routines. Users can tap the edge or squeeze the device to make a selection, slide a finger up and down the edge to scroll, and more.

The benefits include changing virtual buttons on the fly with changes in software, gesture functionality in the presence of water, the ability to distinguish false touches or even false intended contact from water. It works with metal surfaces, unlike capacitive touch. The haptics triggering is available with the sensor module. It’s compatible with thin, small displays with curved designs.

And it consumes only 20 microwatts of battery in standby mode and 80 microwatts in operating mode. Sentons is currently in collaboration with top wearable device makers in the U.S. for possible launches in mid-2022. Lee said in an email that the power consumption on the new device is 10 times better than on the smartphone device.

Sentons was founded in 2011 and is led by a team of technologists from Apple, Telegent Systems, and LSI Corporation.